The Early Years of Alcoholics Anonymous

The first Nebraskan to contact Alcoholics Anonymous was Maurice G. of Omaha. In June of 1941, Maurice wrote the Alcoholics Anonymous offices in NY to inquire about membership. The NY office wrote back and stated that the closest group was in Kansas City and that one of their traveling members would stop in Omaha to talk to him. It is unknown whether Maurice ever got sober.

In February 1943, Jim Connelly, who got sober In Kansas City and was early in sobriety, moved to Omaha. At the suggestion of his sponsor, he placed an advertisement in the World Herald for the first A.A. meeting in Nebraska and three people attended. The Omaha Group was formed and ten people joined the group that year. Seven of the original ten stayed sober until their deaths.

Two years later, in October of 1943, Bill and Lois Wilson attended a meeting at the Hotel Regis meeting in Omaha. It was the first meeting attended in Nebraska by A.A.’s cofounder. 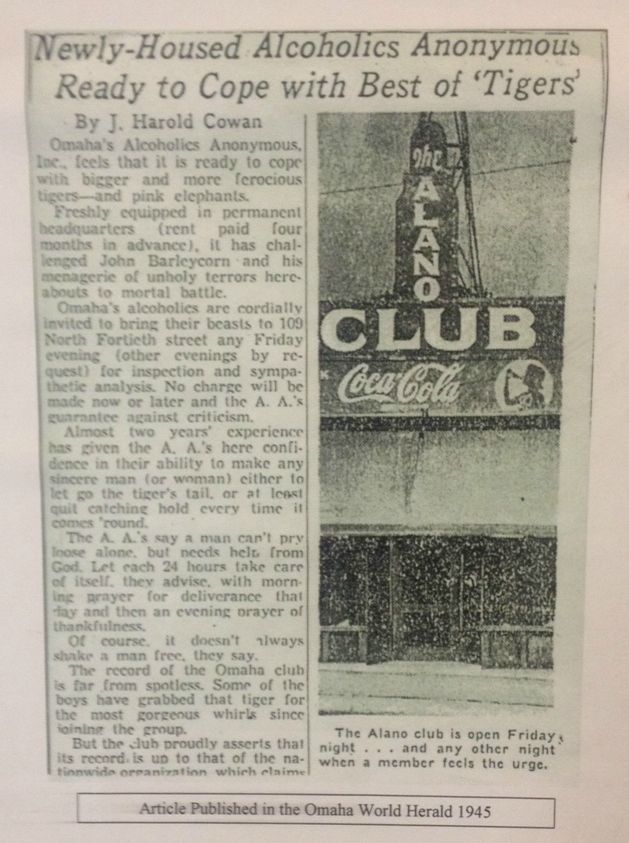 In 1945, after meeting for some time in a downtown hotel, the Omaha group, with contributions of $1 to $25 from within their group, combined with assistance from Martin H. and the financial shrewdness of their first Secretary-Treasurer, Ralph T., opened the Alano Club doors at 109 N. 40th Street. It was the first A.A. club in Nebraska and often referred to as the “109 Club.”

Rumored to be a bookie joint and to have all night poker and pitch games, the Alano Club was equipped with a kitchen and provided not only a place for meetings, but also a place for social events for those in recovery. Later that year, the members of the Omaha Group split into four groups, which met in homes during the week and members of all the groups met once a week at the Alano Club.

Initially, the Alano Club was not separately incorporated, but rather it was operated by an A.A. group. However, in 1946, Alano, Inc. was formed as a non-profit corporation to operate the Alano Club. It was then owned and operated as a separate entity and not part of an A.A. group.

The early members of A.A. who attended meetings at the Alano Club claimed to be very successful in bringing others to recover. However, the club was also rumored to have its difficulties. It got the reputation as a place where wet drunks could go to get a free cup of coffee and the members struggled to keep the club about A.A. meetings and recovery. The Alano Club later moved and then eventually closed its doors. It should be noted that many years later, A.A. members in Omaha established a new Alano Club in the South Omaha area.

The Establishment of the 48th Street Club

Undeterred by the closing of the Alano Club, the effort to establish an AA club in Omaha was still alive. In 1959, members of Alcoholics Anonymous who had been meeting in a home at 219 N. 48th Street, decided to buy the property and establish a new AA club. Equipped with the lessons learned from the Alano Club, members of the group went to the local bank and attempted to get a mortgage to buy the property. The bank was unable to provide the mortgage directly.

Omaha Chapter, Inc., a non-profit corporation, was formed on August 10, 1959, to own and operate the 48th Street Club. The names of the original incorporators were Richard McClimans, Joseph Olewine and Roger Gleason. The purpose of Omaha Chapter Inc., as stated in the Articles of Incorporation are:

The Articles and By-Laws state that members of Omaha Chapter Inc. must also be members of Alcoholics Anonymous with at least thirty days sobriety. The organization is governed by a Board of Directors that are elected by its members on an annual basis. Omaha Chapter Inc. is separate from Alcoholics Anonymous and the A.A. groups who rent space for AA meetings in the upstairs of the building.

In order to pay the mortgage, the members of Omaha Chapter Inc. paid monthly dues and collected rent from the groups that met at the club. The club paid off the $15,000 mortgage in ten years and on July 6, 1970, the property was deeded from the Salvation Army Trust to Omaha Chapter, Inc. Three years later, the central office decided to relocate to a larger location on South 50th Ave.

Many old-timers recall during the 1970’s when a woman named Mable serviced the coffee counter. When Mable was working, you did not swear or dare put your feet on the furniture. Mable also insisted that you use a saucer under your coffee cup. 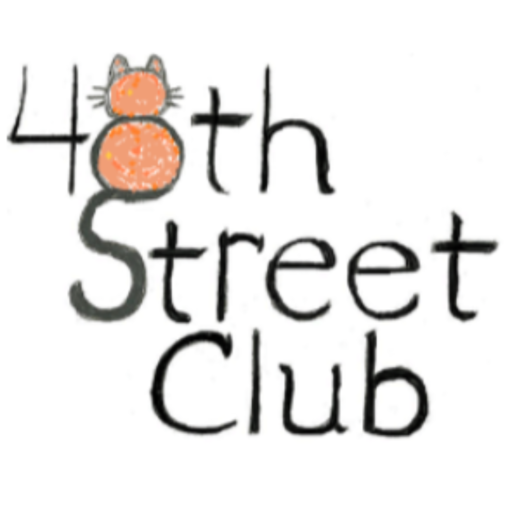